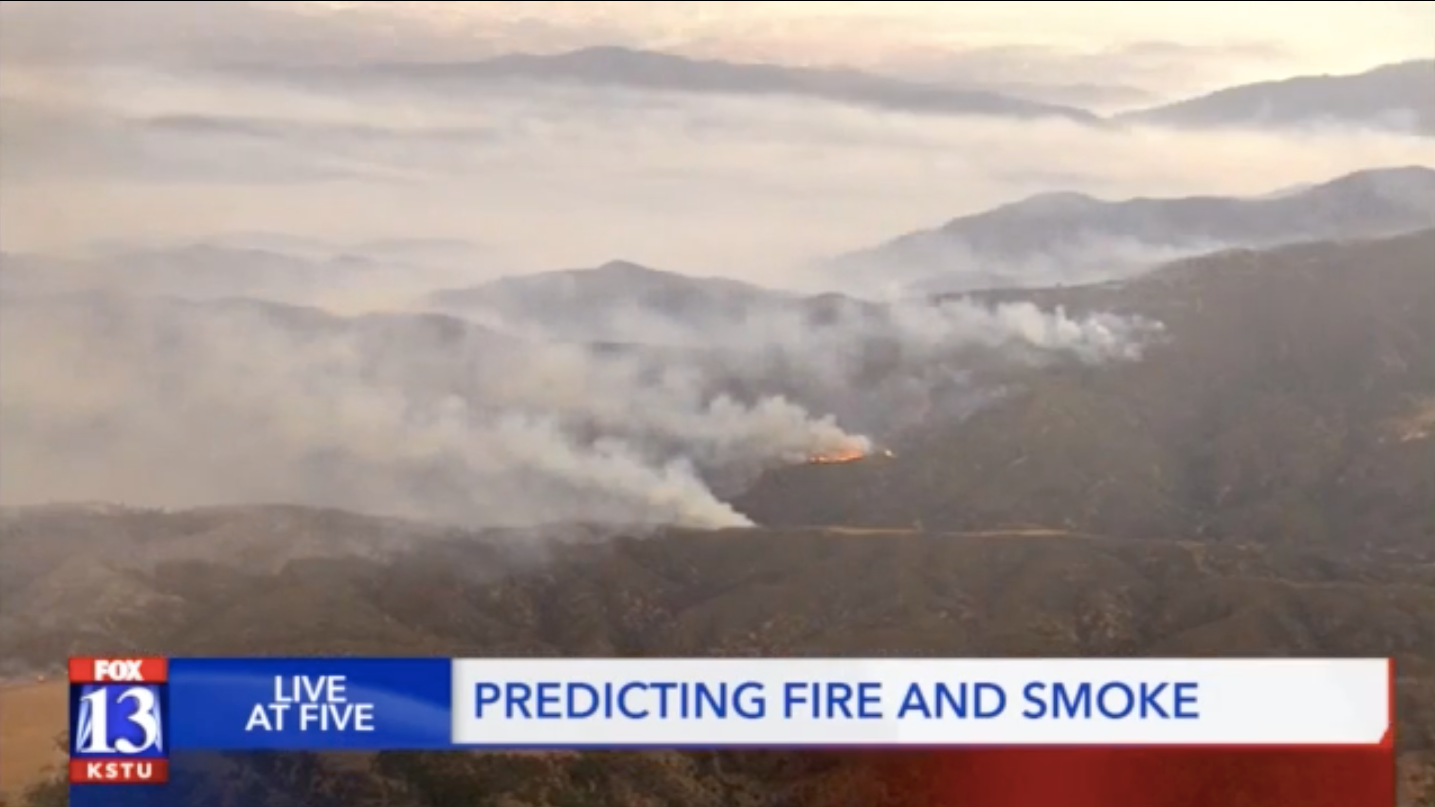 Research Assistant Professor Derek Mallia has developed a computer model called WRF-SFIRE to forecast fire behavior and smoke spread and hopes to deploy it soon. The fire simulations aspects of the model were primarily developed by Jan Mandel (Univ of Colorado-Denver) and Adam Kochanski (University of Utah, now at San Jose State University). He hopes it can benefit firefighters as they work to contain large and destructive wildfires that occur each year throughout the Western United States. This comes at a time where numerous large fires are burning throughout the West, with smoke from fires in Northern California and other neighboring states drifting into Utah skies.

Mallia spoke with Fox 13 about this model and the implications it can have. His interview can be watched at the following link: