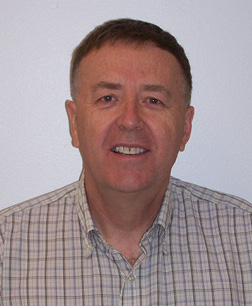 A current list of Dr. Whiteman's publications can be viewed by clicking here

A serendipitous discovery in a prior NSF-funded research program identified Arizona's Meteor Crater as being ideally suited to studying downslope-windstorm-type flows on the upwind inner sidewall of the crater where these flows develop regularly when thermally driven drainage flows cascade over the crater’s rim on clear, undisturbed nights. The crater’s rim and environs are on a scale that can be readily instrumented to investigate these flows and the changing upstream conditions that cause them to form. This project will be the first systematic investigation of DWFs at a location where many replications occur naturally. Downslope windsoroms have important societal effects and are poorly understood scientifically. The program will combine a field study at the crater in the fall of 2103 with numerical simulations of such flows at the crater and in other topographic situations.
Project Web site: www.inscc.utah.edu/~whiteman/metcrax2/

The Bingham Mine Cold-Air Pool Structure and Evolution project, funded by Kennecott Utah Copper, is investigating the meteorological factors affecting the development of temperature inversions inside the Bingham Open-Pit Copper Mine on the southwest side of the Salt Lake Basin. The project is being run at the same time as the PCAPS project to take advantage of the large number of meteorological sensors and measurement equipment involved in PCAPS.

This project, funded by the National Science Foundation and conducted collaboratively with Prof. Sharon Zhong at Michigan State University, is a follow-on to a research project that investigated the life cycle of diurnal temperature inversions in Arizona's Meteor Crater -- a near-ideal topographic basin.
Project Web Site:www.inscc.utah.edu/~whiteman/METCRAX/

An investigation, conducted with co-investigators John Horel (UU) and Sharon Zhong (Michigan State University), to gain a better understanding of the meteorological processes that produce persistent wintertime inversions that cause air pollution problems in the Western United States and in other mountain areas of the world. This 3-yr project, funded by the National Science Foundation, includes a field study in the Salt Lake Basin from 1 December 2010 to 7 February 2011. The project has a strong educational component in which university graduate and undergraduate students have participated in the design and have organized the execution of the field study.
Project Web Site:pcaps.utah.edu/